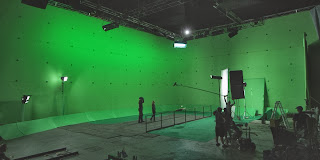 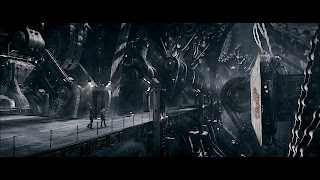 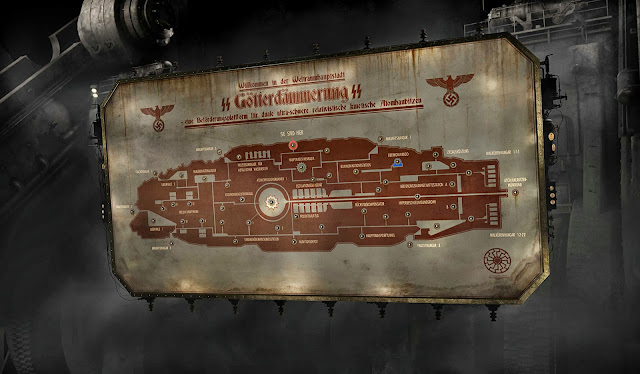 A view down the weapon of the ship, matte with live plate on top 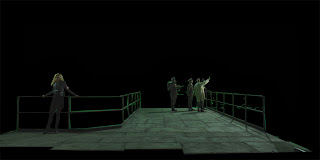 Some of the planning that was done, with the original concept art to set the mood for the location 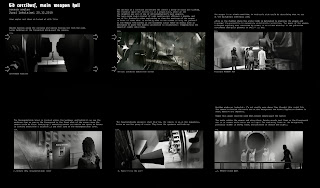 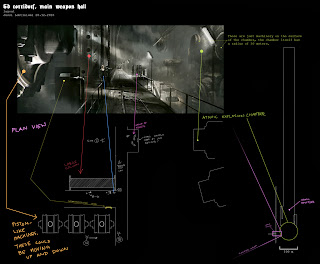 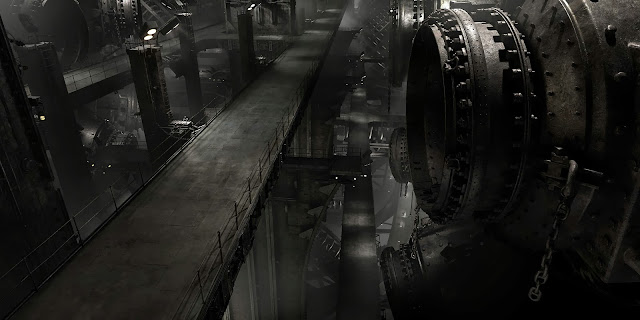 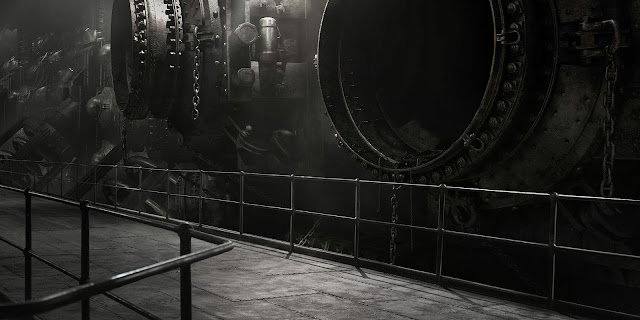 Posted by Jussi Lehtiniemi at 7:09 AM No comments: 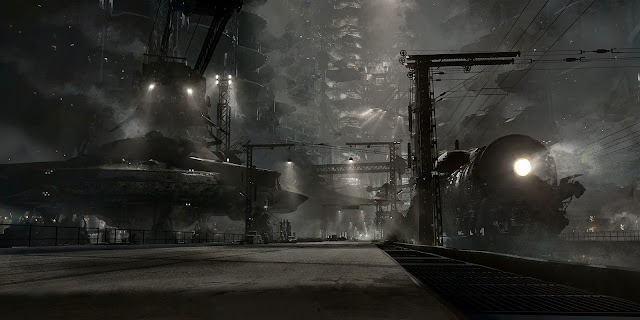 Posted by Jussi Lehtiniemi at 3:43 AM No comments: 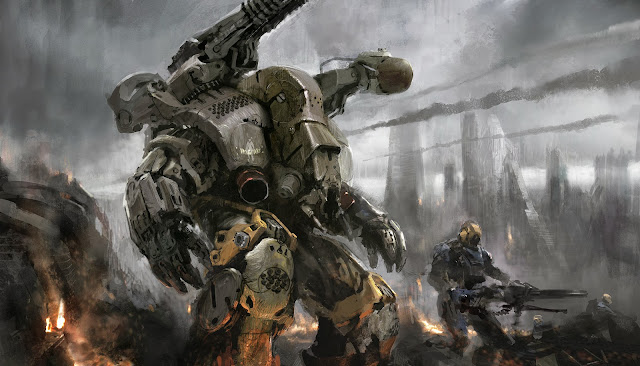 Posted by Jussi Lehtiniemi at 12:29 AM No comments:

Beneath the Iron Sky


Iron Sky opens today in several countries. To celebrate the occasion and looking back at the production, here's some work I did for the film along the way.

I joined the production in 2007 when I was commissioned to do concept art for the first teaser. The Zundapp scene needed some visual development and I provided concepts for the surrounding landscape and accompanying structures. 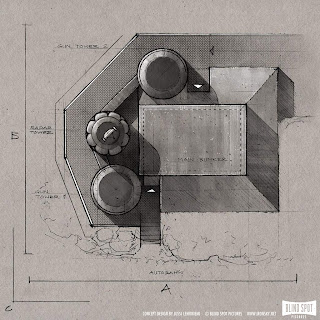 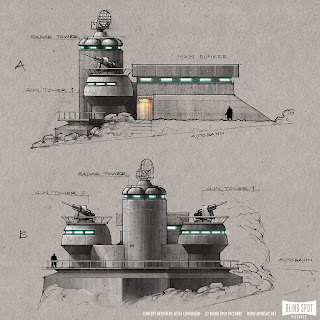 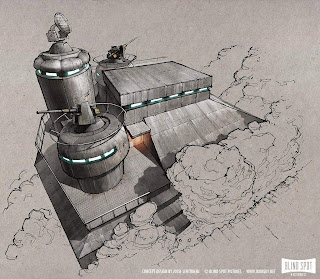 In 2008 I started working fulltime on the film. One of the first tasks was to concept how the space battles in the film would look and feel like. We knew we wanted kinetic energy weapons, and the damage they inflicted should look violent, punching right thought any kind of armour (save the Götterdämmerung's...). The autonomous computer-operated Gauss Gun as the main weapon for USS George W. Bush was another must-have feature in the film that was there right from the beginning, as was the concept of orbital asteroid bombardment.

In the beginning of 2009, the final look for Walkyr ufo was conceived. The design was inspired by real-life Nazi Haunebu UFOs, but the look was taken more towards World War 2 era tanks like King Tiger, Maus and Kugelblitz. Walkyr serves as the workhorse of the fleet, being able to fully operate in both space and atmoshpere, and also serve as a support weapons platform and static fortification for ground troops. All these requirements were considered in the design. Along with the concept painting I produced several detailed orthogonal drawings of the craft to help modelers and to make sure every detail serves a purpose. 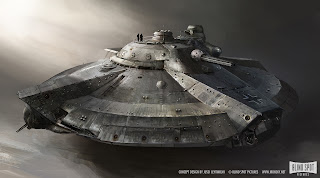 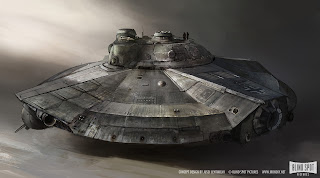 The new Walkyr design was introduced in the motion poster that followed in the spring 2009. Here's the concept art for it.

In the end of 2009 after half a year break I joined the production again and designed the allmighty Space Zeppelin. Walkyr and battleship Bismarck serve as scale reference for the huge carrier / orbital weapons platform.

Next big task was designing the other ufo that appeared in the film. Rheingold served as scoutship and moonfuhrer's personal space wagon. We needed the ship to be half the size of the Walkyr to better fit on screen, and to have a distinct yet familiar look. I studied old space technology to find an interesting conceptual basis for the design. At that point the interior of the craft had a very prominent role in the film, so a lot of thoughtwork went into making all the required elements fit. 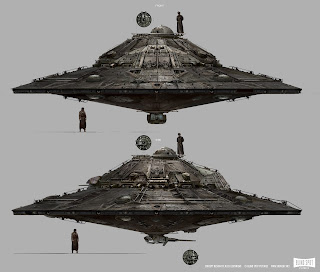 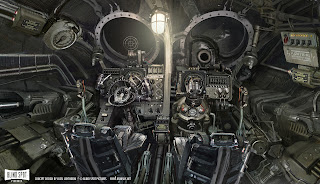 In the spring of 2010 the second teaser was done, and I did the mattes that served as backdrops for the scenes in the teaser. Here's the first matte painting I designed and executed for the film, showing the hangar main wall with a giant airlock door used to transporting Walkyrs from the pressurized center of the fortress to the unpressurized storage hangars located in the four arms of the fortress. 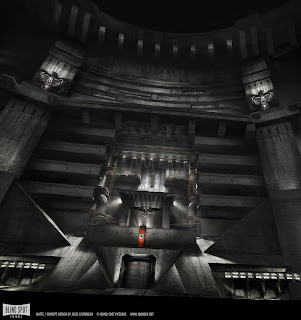 And then, to put a long story short, the shit really hit the fan as the production started gearing up. I'll post more work from the production stage later, but here's the Götterdämmerung Machineroom concept and a more detailed design for Dr. Richter's table, and a matte for the Helium-3 mine the ill-fated American astronaut finds on the moon. 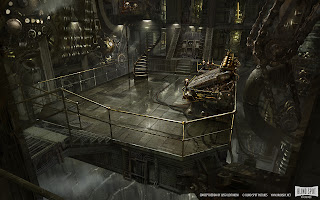 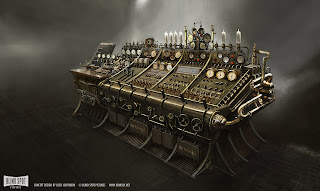 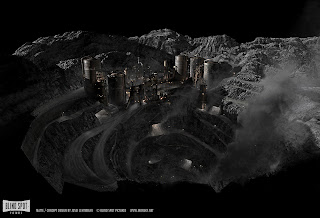 I finished my work on the film's CGI last December, but was called back for one final task - to do the official poster for the movie. The poster process was directed by Timo Vuorensola, the renders for the ships were done by Samuli Torssonen, and the photos shot by Mika Orasmaa. A full resolution version can be found at the Iron Sky Flickr account. 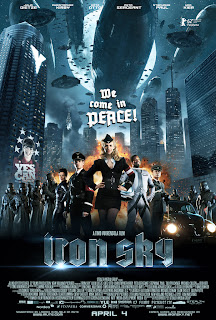 So happy premiere everyone, and to the whole production team: Well done and thank you!

-Jussi
Posted by Jussi Lehtiniemi at 6:23 AM 18 comments:

Concepts commissioned by Mjölk to pitch a TV spot treatment by director Jalmari Helander. I enjoyed designing the Trojan piggy bank clad in panzer steel. Too bad the spot did not get into production! 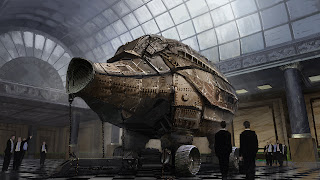 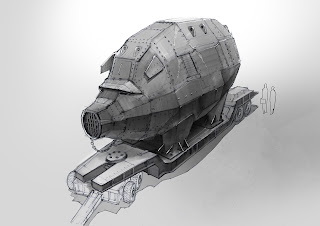 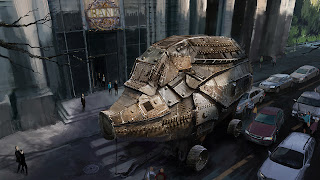 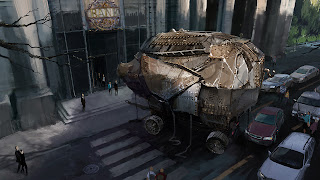 Some works from my old site 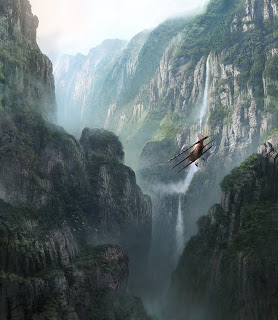 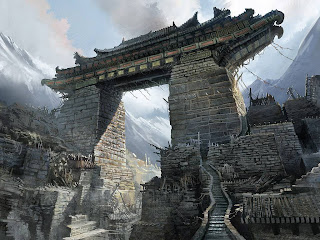 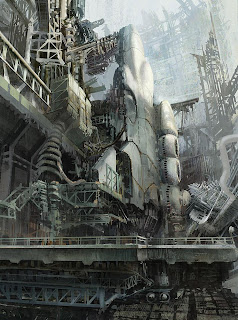 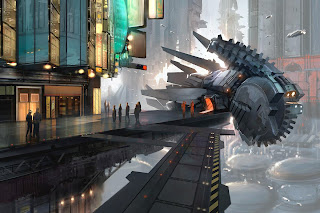 Posted by Jussi Lehtiniemi at 6:16 AM 4 comments: